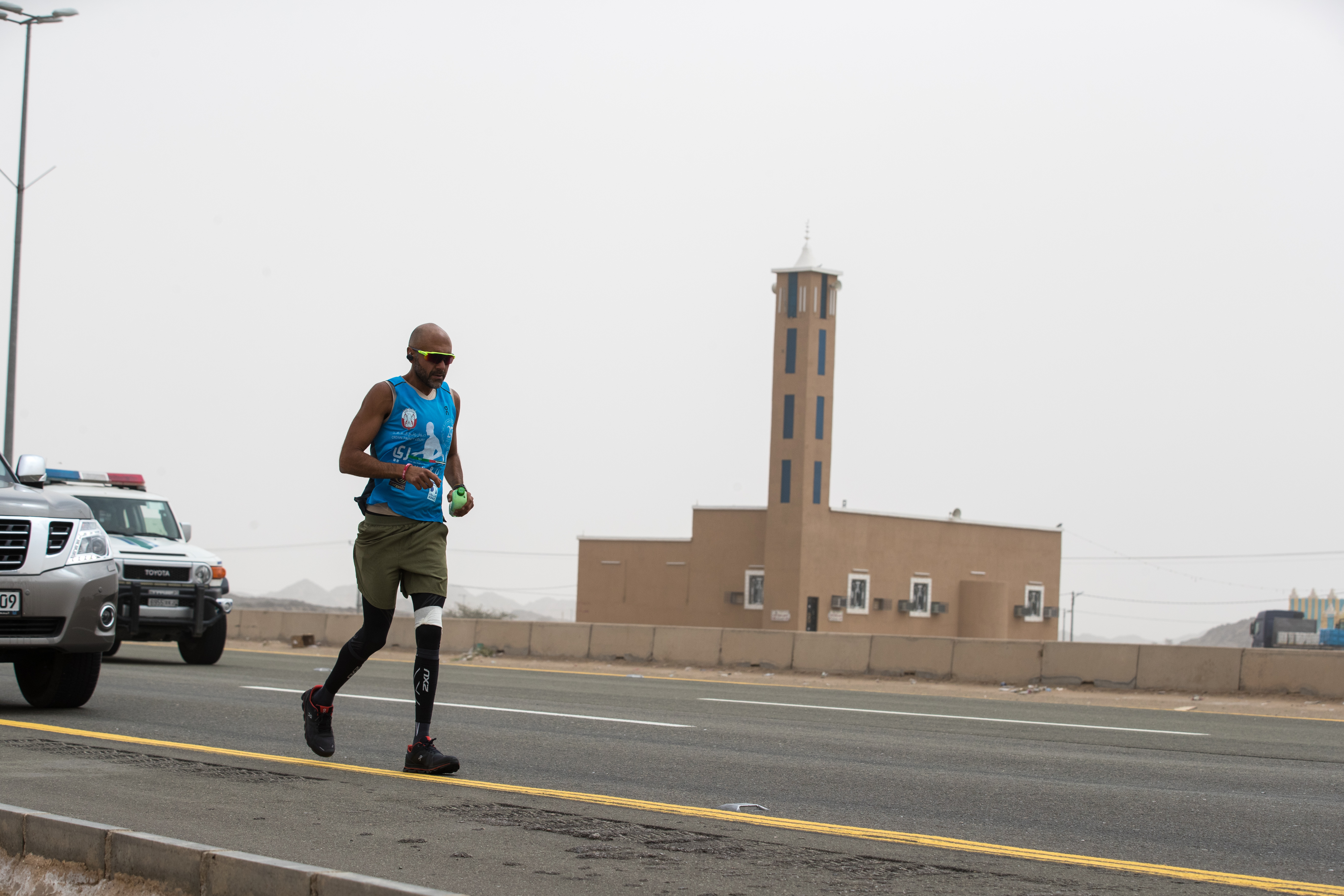 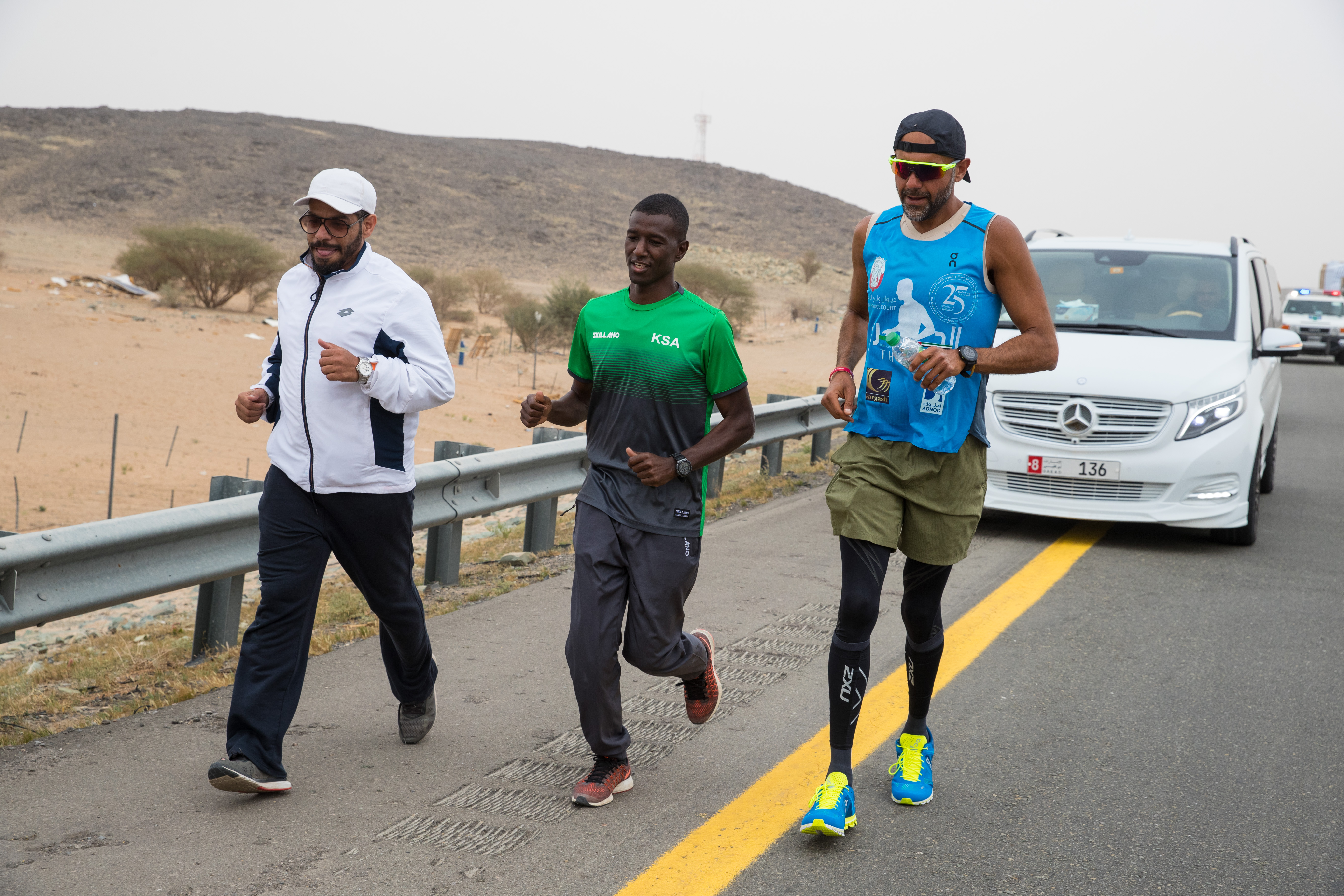 Twenty-three days after starting his incredible Abu Dhabi–Makkah Run, Dr. Khaled Jamal Al-Suwaidi, Executive Director of the Emirates Center for Strategic Studies and Research (ECSSR), has reached Al-Homayat village, in the Kingdom of Saudi Arabia. He still has 420km left to reach Makkah, where he will end the unprecedented challenge that he started on the 1st of February, 2019.

Dr. Khalid said that he is able to complete this challenge and reach Makkah despite all of the difficulties he is facing. He has suffered an injury leaving Quwayiyah city on his way to Rowaidah city, extreme fatigue due to the long distances he runs daily, and cold weather and storms—all of which have made the running conditions extremely difficult. He said that his unshakeable determination and his high spirits have helped him overcome these obstacles and will enable him to continue his challenge until reaching Makkah.

Dr. Khaled commended the support of his father His Excellency Prof. Jamal Sanad Al-Suwaidi, Director General of the ECSSR, who is always keen to visit him. He said that these visits have the biggest impact in raising his spirits & the spirits of his team, and they motivate him to continue running to complete his goal.

Dr. Khaled also commended the support he received from His Excellency Sheikh Shakhbut bin Nahyan Al Nahyan, Ambassador of the United Arab Emirates to the Kingdom of Saudi Arabia, and from the Saudi officials who have provided him with all the necessary assistance since he passed Albatha Border Crossing Post in the Kingdom of Saudi Arabia. Dr. Khaled commended the support he has received from the many Saudi residents who have been with him and raised his spirits during his journey.

Dr. Khaled started the Abu Dhabi–Makkah Run from Sheikh Zayed Grand Mosque in Abu Dhabi. In a feat never-before attempted, he will travel 2,070 km of continuous running and walking to Makkah.