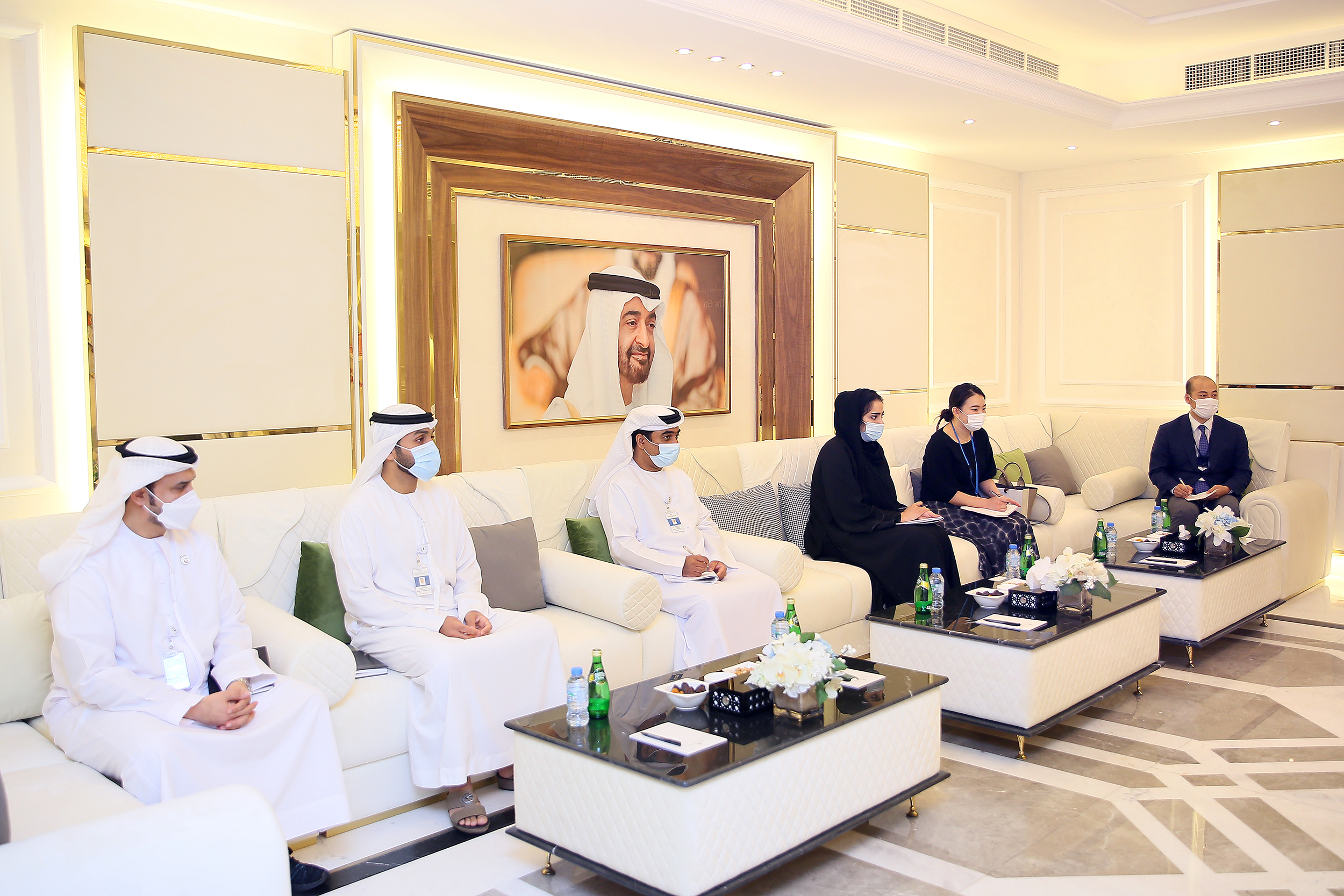 H.E. Dr. Sultan Mohammed Al-Nuaimi, Director General of the Emirates Center for Strategic Studies and Research (ECSSR), received His Excellency Kwon Yongwoo, Ambassador of the Republic of Korea to the United Arab Emirates, at the ECSSR premises in Abu Dhabi on Wednesday, November 18, 2020.

At the beginning of the meeting, Dr. Al-Nuaimi welcomed the South Korean ambassador and his accompanying delegation. He said the joint cooperation between the UAE and South Korea had reached an unprecedented level, in a remarkably short period of time. He praised the UAE leadership for fostering the bi-lateral relations in various fields and said the relationship had become a model of a strategic partnership.

Dr. Al-Nuaimi told the Korean ambassador that the ECSSR is eager to play an active role in strengthening bilateral relations with South Korea. He added that in November 2019, the ECSSR, the Korean-Arab Society, and the Jeju Peace Institute cooperated in organizing the 16th Korean-Middle East Cooperation Forum under the theme “Mapping Paths to a New Frontier of Korea-Middle East Cooperation.” This forum receives the patronage and support of the UAE Ministry of Foreign Affairs and International Cooperation and the Ministry of Foreign Affairs, Republic of Korea.

His Excellency Kwon Yongwoo praised the level of bilateral relations between the UAE and South Korea and admired ECSSR’s role in supporting the decision makers in the UAE, producing specialized research and studies, and serving the community. His Excellency said the ECSSR is a regional and international beacon of scientific research and expressed his aspiration to greater cooperation between the ECSSR and think tanks in South Korea.

At the end of the meeting, His Excellency Dr. Sultan Al-Nuaimi presented a memorial trophy and a collection of ECSSR publications to His Excellency Ambassador Kwon Yongwoo wishing him every success in his mission in boosting the bilateral relations between the UAE and South Korea.