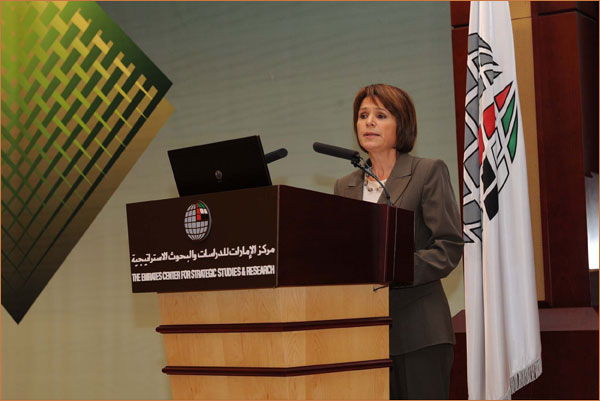 The Emirates Center for Strategic Studies & Research (ECSSR) hosted a ceremony for the release of Human Development Report 2011. The event was organized by the United Nations Development Programme in the UAE in collaboration with the Department of Economic Development in Abu Dhabi and Dubai Competitiveness Council. Recording the progress made by the UAE in the field of social development in 2011, the report places the country in 30th position in the Human Development Index, rising two places from the 32nd rank it held in 2010.

The ceremony was attended by high-ranking UAE officials, foreign diplomats in the UAE, economic experts and members of the local and international media.

On this occasion, Director General of the ECSSR HE Dr. Jamal Sanad Al-Suwaidi stressed the significance of the Human Development Report as a reliable indicator of the UAE’s achievements in human development. He said that it is noteworthy that in just one year the UAE’s ranking has jumped by two positions in the Human Development Index. His Excellency stressed that this achievement bears testimony to the right policies pursued by the country and the wise vision of the leadership in the field of human development. On the other hand, it also illustrates the extent of the achievements made by the country’s institutions in this field.