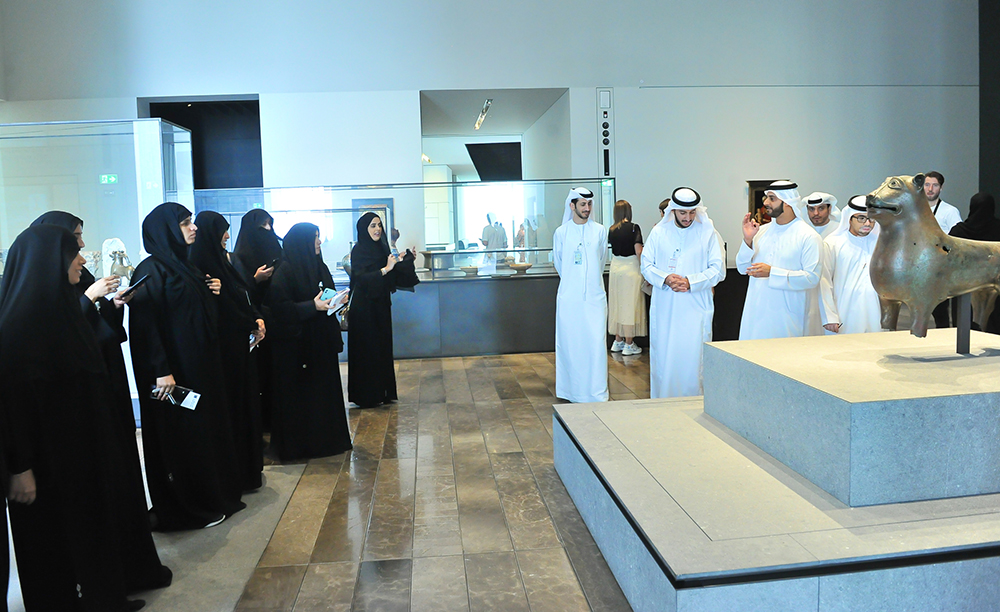 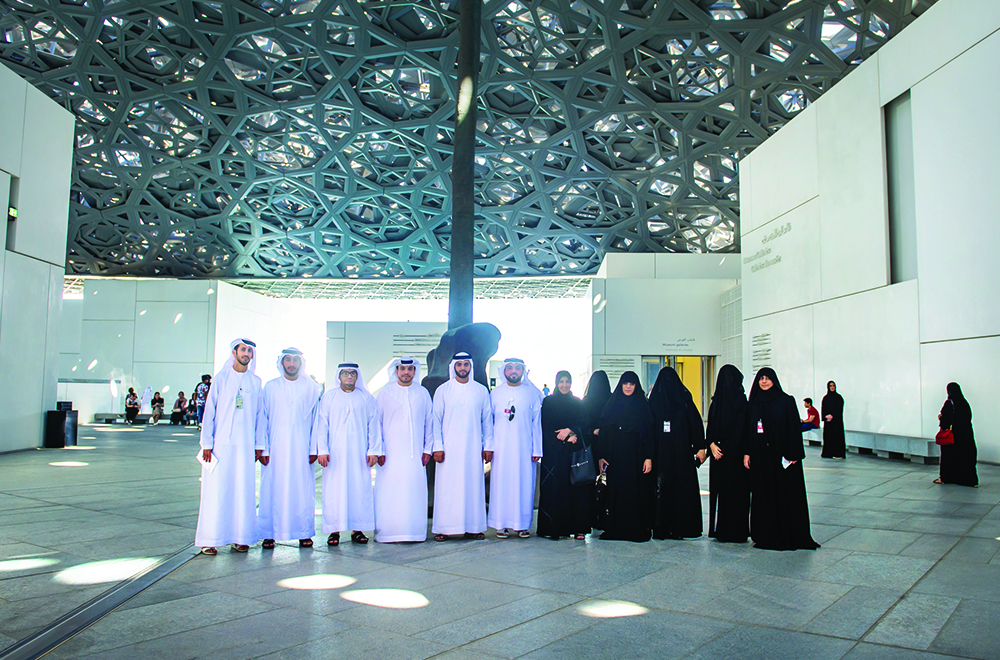 Under the directives of His Excellency Prof. Jamal Sanad Al-Suwaidi, Director General of the Emirates Center for Strategic Studies and Research (ECSSR), the second intake of the ECSSR’s Tolerance and Co-existence Program visited Louvre Abu Dhabi on Thursday, November 14, 2019. The museum is an important regional and global crossroads of culture, arts and civilization.

The delegation expressed the compliments of H.E. Prof. Jamal Sanad Al-Suwaidi, Director General of the ECSSR, to the museum’s management and staff, stressing that the ECSSR is ready to provide all possible support to help accomplish its cultural mission, particularly in promoting tolerance and co-existence among all nations of the world.

Part of the domestic visits schedule for ECSSR Tolerance and Co-existence Program members, the aim is to observe UAE efforts to promote the value of tolerance, particularly the role many organizations play in fostering and promoting a culture of tolerance domestically, regionally and internationally. Louvre Abu Dhabi is one of the most famous museums in the world, boasting great cultural, artistic and literary diversity. It is home to archeological collections and artefacts that are an enduring testament to the richness of human culture and civilization.

The Tolerance and Co-existence Program, organized by the ECSSR for two successive installments this year, is of particular importance in 2019, which was declared the Year of Tolerance by His Highness Sheikh Khalifa bin Zayed Al Nahyan, President of the UAE (may God protect him). The initiative aims to promote the UAE’s status as an international capital of tolerance, and to institutionalize and sustain this value through legislation and policies that aim to strengthen tolerance, dialogue, acceptance and openness to different cultures.

The program’s main focus is to foster a culture of tolerance, co-existence and appreciation of difference, while building expertise and developing tolerance ambassadors for society, in order to promote the UAE as a regional and international icon of tolerance. It also seeks to contribute to achieving the nation’s aspirations, while providing program participants with the key skills required to develop a culture of tolerance and co-existence as a lifestyle, enhancing their skills in this area so that they can take the steps necessary to embody and promote the ethics of tolerance.