ECSSR ECSSR NewsA Delegation from the Emirates Center for Strategic Studies and Research (ECSSR), Visits the Arab Republic of Egypt, ECSSR study focused on Human Rights in the GCC States

A Delegation from the Emirates Center for Strategic Studies and Research (ECSSR), Visits the Arab Republic of Egypt, ECSSR study focused on Human Rights in the GCC States 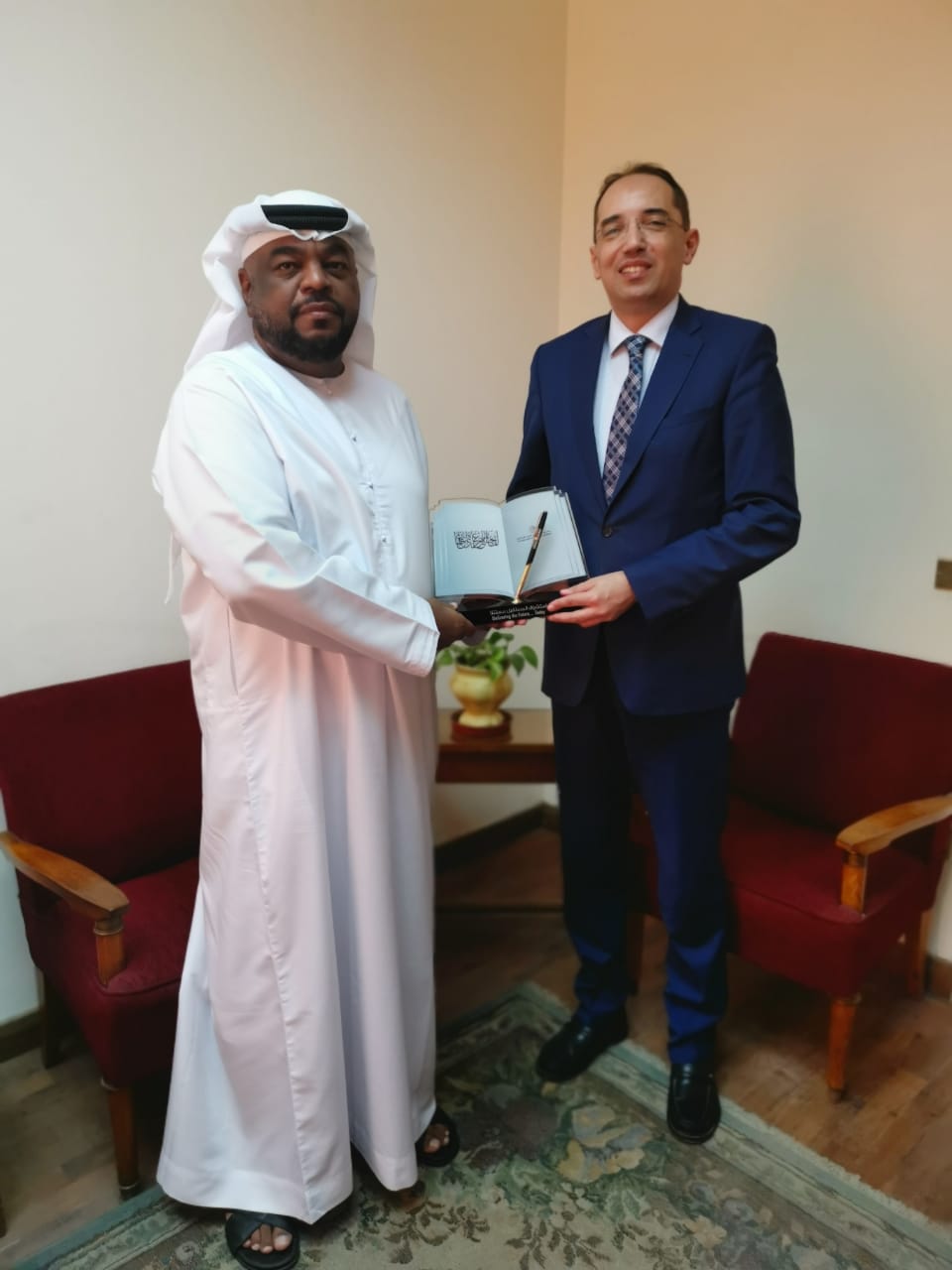 A delegation from the Emirates Center for Strategic Studies and Research (ECSSR) visited Arab Republic of Egypt as part of a study prepared by the Center on Human Rights in the GCC States. The visit was under the directions of His Excellency Prof. Jamal Sanad Al-Suwaidi, Director General of the ECSSR.

The delegation met with Mr. Mounir El Fassi, Director of the Human Rights Department at the League of Arab States, and Dr. Ahmed Gamal El-Din, Assistant Foreign Minister for Human Rights and International Humanitarian and Social Affairs in Egypt.

Mr. El Fassi and Dr. El-Din commended the United Arab Emirates on a series of unprecedented achievements, the most recent being the sending of the first Arab astronaut, Hazza Mansouri to the International Space Station.

Mr. El-Fassi said that the Arab world is proud of the important scientific studies and research that is being done at the ECSSR. He praised the Center’s publications including books, scientific papers, and academic research. He also commended the Center’s conferences, which are held to discuss vital strategic issues, and the Center’s vital role in the field of community service.

For his part, Dr. El-Din praised the Center’s important role in supporting the decision-making process in the UAE. He said the Arab world is experiencing critical conditions that require the presence of think tanks to provide advice and consultation to national decision makers. He said that the Center is achieving successful milestones and that its regional and international reputation is growing stronger every day. Dr. El-Din added that this is thanks to His Excellency Prof. Jamal Sanad Al-Suwaidi, Director General of the ECSSR, who is a distinguished Arab figure enriching the scientific arena with intellectual and academic studies, through many publications on vital strategic issues.

The delegation members expressed their happiness for the opportunity to visit Egypt and conveyed their gratitude to His Excellency Prof. Jamal Sanad Al-Suwaidi. They confirmed that His Excellency’s work related to Arab research and studies is essential, pointing out that he promotes cooperation between the Center and other Arab research and academic institutions.

The members of the ECSSR delegation noted that the results of the visit are very useful for the Center's study on human rights in the GCC countries.