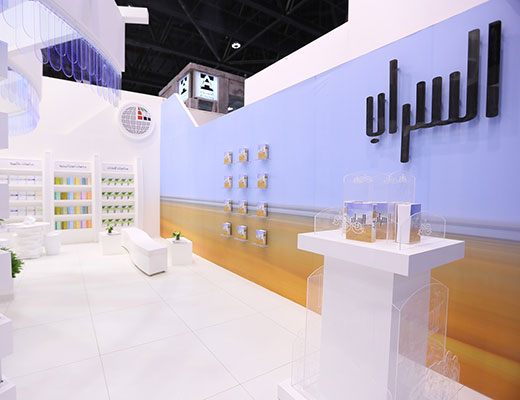 On the first day, His Highness Sheikh Mohammed bin Rashid Al Maktoum visited the ECSSR Stall at IDEX where he was briefed on the Center’s latest publications, particularly The Mirage, the latest book authored by His Excellency Dr. Jamal Sanad Al-Suwaidi, Director General of the ECSSR. His Highness Sheikh Mansour bin Zayed Al Nahyan, Deputy Prime Minister and Minister of Presidential Affairs, also visited the ECSSR Stall. His Highness expressed his admiration for the Center’s publications, particularly The Mirage. This year’s IDEX marked the launch of the book, The Mirage by H.E. Dr. Jamal Sanad Al-Suwaidi in which he has analyzed one of the most important regional and international issues, the phenomenon of political-religious groups, and extremist ‘jihadist’ organizations.

The ECSSR Stall at IDEX 2015 showcased the Center’s most recent and prominent books, studies and periodicals covering various political, military and strategic issues. The most prominent of these was The Future of Warfare in the 21st Century (2014), which deals with the changing nature of wars, new threats to national security, and the political and civil aspects affecting future wars. Also displayed was The Future of US Special Operations Forces [Arabic] (2014) by Linda Robinson and Prospects for the American Age: Sovereignty and Influence in the New World Order (2014) by H.E. Dr. Jamal Sanad Al-Suwaidi, which has attracted considerable attention from academics, experts and decision-makers. The book has also opened a scholarly and academic dialog among prominent figures belonging to thought and culture and professors of international relations around the world.

The ECSSR Stall at IDEX also included books on a range of security and future studies that preoccupy the minds of many in the Arab region and the Middle East. Most prominent of these were Islamic Political Movements and Authority in The Arab World: The Rise and Fall (2014), edited by H.E. Dr. Ahmed Rashad El-Safti; The Diffusion of Military Power: Causes and Consequences for International Politics [Arabic] (2013), by Michael C. Horowitz; From Tribe to Facebook: The Transformational Role of Social Networks (2013), by H.E. Dr. Jamal Sanad Al-Suwaidi; Cyber War: The Next Threat to National Security and What to Do About It [Arabic] (2012), by Richard A. Clarke and Robert Knake.

In addition to these books, the ECSSR Stall at IDEX also showcased a range of periodicals issued by the Center on a regular basis, especially Strategic Visions the scholarly, refereed periodical published quarterly [in Arabic], the Strategic Studies and International Studies series dealing with various national, Gulf, regional and international issues.

The ECSSR’s participation at IDEX 2015 was in the context of the vital role culture and thought play in the communities to counter terrorism and extremism. This also reflects the ECSSR’s keenness to take part in various events taking place in the UAE and its interest in showcasing its latest English and Arabic publications dealing with political, military, economic and social issues as well as the region’s strategic and security issues of interest to the UAE and Arab Gulf countries in particular and the Arab world in general. These issues attract wide attention of the readers, intellectuals, thinkers and researchers. The ECSSR publications showcased during previous IDEX editions have received remarkable response as they tackle vital issues of significance to the Gulf and Arab countries and beyond.