In a Display Showing Pride in the Homeland: The Emirates Center for Strategic Studies and Research (ECSSR) Celebrates UAE Flag Day 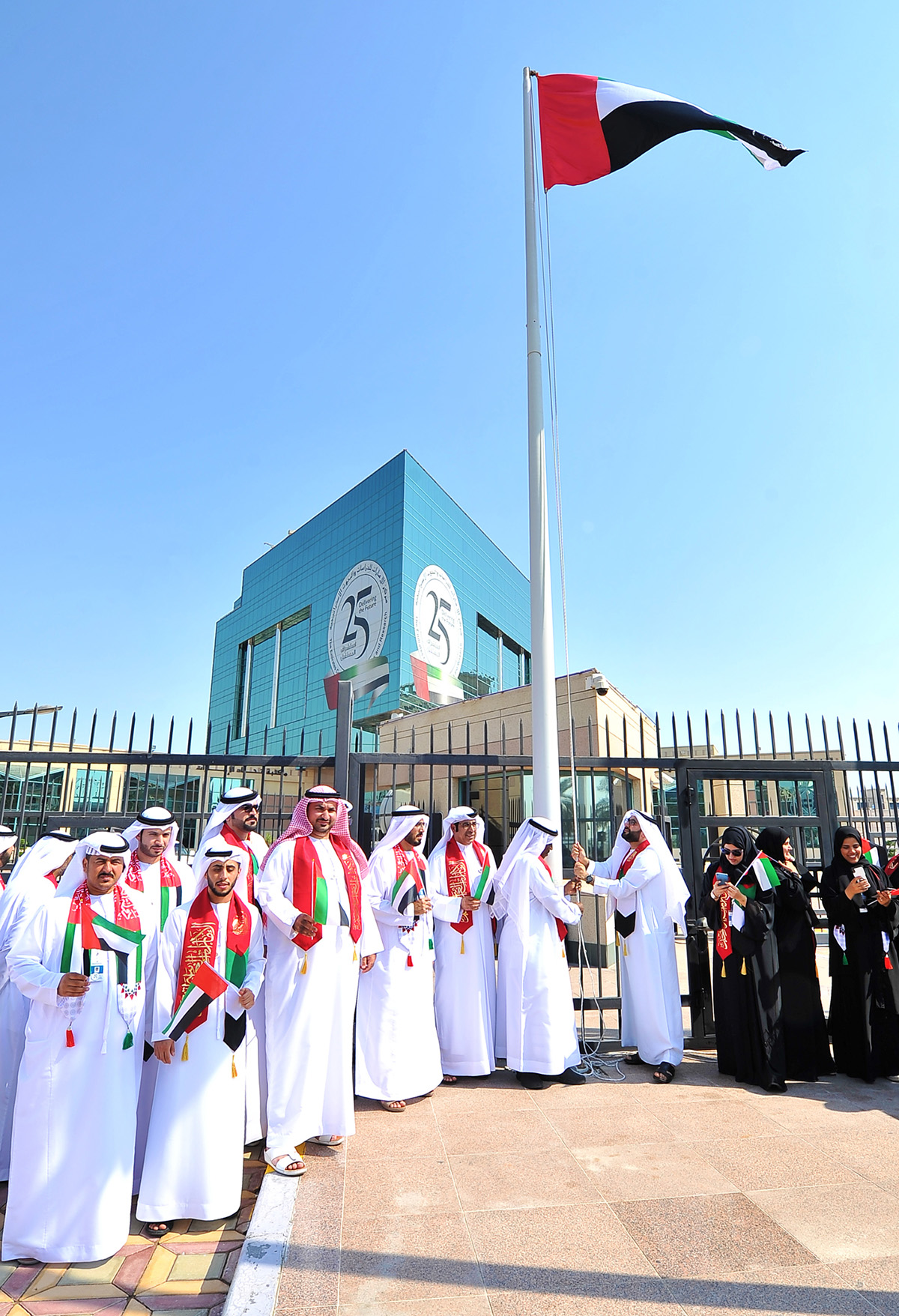 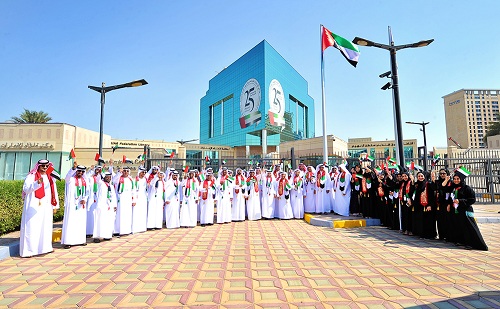 On Sunday, November 3rd the Emirates Center for Strategic Studies and Research (ECSSR) participated in celebrations for UAE Flag Day, which coincides with the accession of His Highness Sheikh Khalifa bin Zayed Al Nahyan, President of the UAE (may God protect him). In honor of the occasion, the Center’s staff hoisted the UAE Flag in front of the ECSSR office complex, in a scene that reflected pride and appreciation for the wise leadership that works tirelessly to protect the security of the homeland and its citizens, ensuring their wellbeing and stability.

On the occasion, H.E. Prof. Jamal Sanad Al-Suwaidi, Director General of the ECSSR, said: “We celebrate this year’s UAE Flag Day, which is dear to the hearts of Emiratis, as it coincides with the accession of His Highness Sheikh Khalifa bin Zayed Al Nahyan, President of the UAE (may God protect him). The UAE has a prestigious international position, as well as unprecedented achievements at economic, social, political, security and technological levels, which have been confirmed by various global competitiveness indexes.”

H.E. Prof. Jamal Sanad Al-Suwaidi added that celebrating UAE Flag Day means renewing allegiance to the wise leadership, as well as honoring faith in the leadership, holding in their hearts values of belonging and a fervor to safeguard the peace and security of the homeland, sacrificing themselves to defend its soil. It is an allegiance of hard work and giving, for the good, wellbeing and dignity of the homeland, its leadership and people. Furthermore, His Excellency said that celebrating this dear occasion, which holds great value in the hearts of UAE nationals, comes in the context of taking pride in UAE history, which is based on unity, as well as taking pride in the UAE’s present status. Emiratis should be proud of all that their state has achieved, with regards to its excellence and pioneering efforts, and its potential to create a more sustainable future based on happiness, wellbeing, progress and civilization.

Prof. Al-Suwaidi affirmed that this year’s UAE Flag Day celebration is of great significance and symbolism, as it coincides with the UAE’s celebration of the Year of Tolerance, which encompasses values and practices of coexistence, acceptance and respecting others, regardless of religion, race or language. Therefore, a country like the UAE, which hosts more than 200 nationalities on its soil, has become a shining example of all expressions of tolerance, love and the promotion of values of dialogue, while rejecting and combating a culture of hatred, violence and racism.